Wow! What a great week it’s been for Deadly Bloggers. So many fantastic #NAIDOCBlogs. I’m really excited about the possibilities that this week has bought in raising the profile of Aboriginal and Torres Strait Islander blogs to a diverse audience.

It have noted that NAIDOCBlogs 2012 went to the Blues. As a Maroon, I’ll definitely be working on that for 2013. And I also need to go hard on promotion to get some more NT, West Coast & Tassie representation happening on the Indigenous blogosphere.

What a fantastic initiative ABC’s Radio NAIDOC has been, and thanks to everyone who participated. Thanks to the Radio NAIDOC team for their encouragement and support.

Of course, I can’t go without mentioning that while NAIDOC Week might be over, Australian Blak History Month is still in full swing. Let’s see how many #ABHMBlogs we can get up and out. 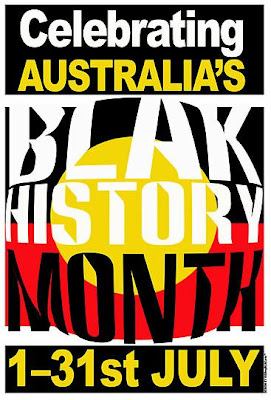